A cold sleeper .... looking for the warmest sleeping bag EVER!

) and realised that I am a very cold sleeper. No really, VERY cold.

I have been told by numerous people to sleep ONLY in thermals and socks … however I could not bring myself to sleep in so little clothing. Having said that, I slept in six layers at the top and two at the bottom the one night after freezing my backside off on the 1st night.

I am thinking of buying a First Ascent rated -15 to -20 sleeping bag. Would there be anyone on this forum that regularly hike extremely cold places that would want to buy it over from me after having used it for only 7 nights? Happy to negotiate a resale price after the trip. I will off course use a liner too - which I will hold on to.

Yes, that is how warm I want to sleep.

I have been told by numerous people to sleep ONLY in thermals and socks … however I could not bring myself to sleep in so little clothing. Having said that, I slept in six layers at the top and two at the bottom the one night after freezing my backside off on the 1st night.

Their advice is spot on - sleep in thermals and socks and you will see what they mean. I was also hesitant at first (I was first told this in 2012), but after trying it, you will never go back.

People often say “adding more layers can’t make you less warm” - but the order of the layers is the issue. For example - if you wear your rain jacket as a base layer and your thermals as an outer layer, you will be much colder than wearing them in the correct order. The same goes for your sleeping bag. If you wear too much inside it, the heat from your body won’t get to the sleeping bag sufficiently to make it effective - thus rendering it a very expensive blanket. There are exceptions to this - high altitude climbers often sleep in their down suits, but those are high quality down suits which are individually very warm already. Notably down jackets make great pillows!

Regarding a sleeping bag - see if you can get a Mountain Hardwear, North Face or Sea to Summit bag. Unfortunately SA made bags are far inferior to what the rest of the world produces. I used a K-Way Kilimanjaro Thermashift on Kilimanjaro, and it was not warm enough - which is annoying when the bag is actually designed for Kili. SA doesn’t really need amazing spec bags as it doesn’t get that cold here - conversely the other brands are making bags for Everest, Denali and other very cold mountains, so a -7C bag isn’t a high end bag for them.

For context - Mountain Hardwear makes synthetic sleeping bags that will beat First Ascent down bags on both weight and warmth, in addition to being cheaper and often water resistant as well. I have spent many a winter Drakensberg night in my -7C rated MHW Lamina 20 which weighs 1.4kg, and cost R2k from MMO about 7 years ago (sadly MMO no longer sells MHW). I have a few of their bags, mostly light synthetic bags. But my go-to bag for the Drakensberg in winter is the MHW Ghost Whisperer -7C bag, which weighs just under 1kg. Sea to Summit and North Face both make similar spec bags - but unless you are doing proper fast and light, they are very expensive and overkill for most purposes.

This is all good and well but due to the high costs of importing and shipping privately, we kinda need to stick to locally available options.

Thank you for your response. I will be trying the thermals in my back yard in a tent just to get an idea. LOL, no other options. However, what happens if your body is already cold, how does that work to “active” the sleeping bag for lack of a better word? Should I be running around to get warm before getting into my bag?

First ascent has an amplify down 900 sleeping bag which comfort rate is -3, transition -15 and extreme is -20, deigned for Mt. Kenya, Kili and Everest Base Camp. Goose Down 650 FP. I will buy that not to sleep cold on Kili - the thing is that I will most definitely never ever ever use it again … which is my concern, especially taking the price into consideration. Even though it weights 1.7kg I am prepared to leave some stuff behind in order to ensure I sleep warm.

Could not agree more.

Nice bag, ridiculously expensive though. Quite light in weight.

Geeeezzzz, no jokes about the ridiculous price!! But wow, its sooo light. Thx.

@Betsy hey Betsy, so for context what sleeping system were you using on this Berg hike?
What sleeping pad?
Bag?
Tent?
And did you eat well before bed time?
And which thermals do you use?

Edit:
What’s the company taking you up Killi offering?

And remember the bag temperature rating system is not pure science. There is an EN rating which is standardised but most companies make up there own and some are laughable.

The R value of your sleeping pad will make a significant impact as well. Unfortunately none of our local pads have certified values so very hard to know what you are actually buying. Something from Thermarest is normally the answer in terms of pads.

We are pretty poorly off in the sleeping bag space as others have pointed out. Locally I would say the Nature Hike stuff is the only thing that strikes me as an okay deal.

Equipped for expedition use in Arctic and high-altitude climates, the ULG series Goose Down Sleeping Bags keep you from freezing when you're sleeping in sub-zero temperatures. Designed to handle the coldest weather conditions, the ULG Upgrade boasts...

The lighter version of that is 400g of 800 fill power down. So that would make it around a 25F comfort rated bag I think. Not a bad price for a lot more down at a higher quality than most of the local brands.

If you wanted somthing that I would guess will be temp accurate then this Decathlon wouldn’t be a bad bet. Cheap, but bulky and heavy. 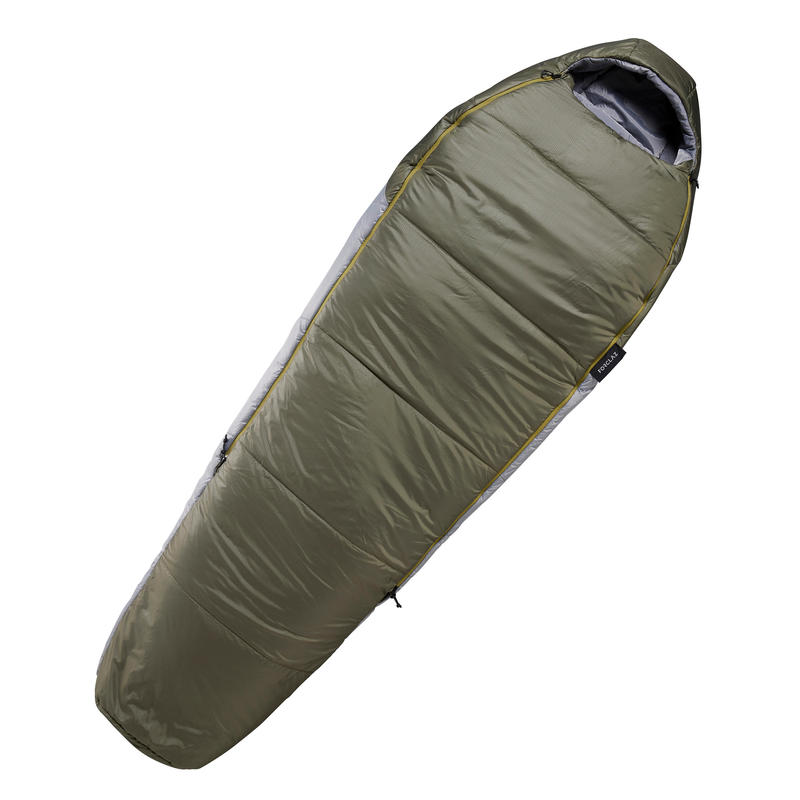 Our designers, who are all trekking enthusiasts, designed this sleeping bag to sleep comfortably at temperatures of 0°C or above.This very compact, lightweight bag has a wide temperature range of use. Sleep comfortably from 0° to 10°C thanks to these...

Keep your sleeping bag in tip top shape with the premium silky sleeping bag liner. Designed to make you feel like you are sleeping at home, this liner will provide additional warmth and silky smooth comfort. It is made of high elastic fibre...

Morning - oh wow, must say the ULG Goose Down Sleeping Bag (upgrade) sounds fantastic. Finding out about new stock as it is currently out of stock. Thank you so much!

No idea about the sleeping pad.

Brand new First Ascent - as little as i know about tents, seemed like a very decent 2 man tent. Woke up with absolutely no condensation in the tent - which i guess is a good thing.

Yes, we did eat before bed time.

K-Way thermals. Question: are all thermals equal or are there definite better brands that performs how it should perform?

The Kili company: sleeping bags are rated -5, they are hollow-fill – NOT down

Perhaps you can look at the bag which Jaxz recommended — sounds good to me. Well it sounds warm. Looking at the UG700.

Thank you for your response.

Morning. Thank you Brent - enquiring about this too.

Put an aluminium water bottle with hot water in the sleeping bag before you go to bed.
Have a hearty dinner, dress warmly and get out of your warm outer layers and quickly into bed with just thermals.

thank you Philip. Seems like i will have to try this “just thermal” suggestion.

The amplify 500 is not a very warm bag. Don’t buy a new bag based on the experience with that bag.

I’m pretty sure the -5 hollow fill bags on kili would be way better than your amplify.
My suggestion would be to take a fleece liner/inner and put that into their bag rather than buying a new bag for one trip. Actually, it may be cheaper to just rent a sleeping bag from Scuttle?

Well, try it at home first where you are less at risk of you become hypothermic.

Ps: I also slept in everything, until I tried it.
Now I sleep in thermals, if it is really cold I’ll put a fleece blanket inside, and I have put thick jackets over my sleeping bag in the past. Im not sure if it works, but it kept my arm warm that seems to always find its way outside my sleeping bag.

Just saying that I might be a bit biased as I know them personally but I have been using this sleeping bag for ages and their quality is definitely good enough for high altitude climbing. The fill power of the down used in sleeping bags are the important factor and they only use superior down. I also know a few people who have climbed 6000m+ mountains in their sleeping bags without any issues. They also manufacture to specific requirements if you need smaller or bigger sleeping bags etc. Check them out - https://www.hexvalleydown.com/our-products/sleeping-bags/

I do enjoy supporting small businesses. That website is just incredibly vague.