I’m looking to replace my battery operated headlamp with a rechargeable LED headlamp.

I’m looking for one that charges via USB, powerbank and batteries as a back up. Does anyone have any suggestions on which brand and model I can perhaps look at.

I will use it for multiday trail >5 days and for trail running at night.

I have a new gen Petzl Tikka 200 (hybrid) which fits your description 100%. Very happy with it but still early days; my biggest concern is that the body is not the sturdiest (which seems to be the norm to save weight) so one has to take care with it. Also priced well, but note that the rechargeable battery is purchased separately.

I’ve been using a Nitecore NU25 for a couple of months now, very impressed so far. Light, rechargeable and has controls that I don’t struggle to remember. I moved from a Black Diamond Spot, which was great for the light level and having a side touch control that turned it all the way up in a single tap. But I felt it ate batteries, I could never remeber all the touch codes to get it into the other modes with it’s single button, and I picked one up as a gift for someone and had the side clip break the moment they tried to open it

The NU25 has been great for hiking so far, love that I can also easily get to a red lightmode with a separate button press. Means the bugs leave you alone while cooking. Hard to say how sturdy it is, as it is very light, and I don’t trail run so can’t speak to the beam and comfort for that. It seems to have a pretty good rep with through hikers in the states, my only issue has been that I had to get one off Amazon.

Maybe the Black Diamond Re-Volt? Not cheap but I know a lot of people swear by them, IPX rating and rechargeable with serious light output. Just a bit heavy.

I can highly recommend the Zartek ZA-436 Heavy Duty LED Headlamp. Really affordable. Can be bought on TakeAlot. It is a little heavier than some but the battery life is exceptional and it is very bright with many light levels.

Thanks for the advice guys. I’ve narrowed my search to the following headlamps.I like the fact that the Petzl has a dual charging facility, so it work with AAA batteries as a back up.

I’ve got the Petzl Actik and have been very happy with it so far. I haven’t used the rechargeable battery but normal batteries seem to last quite long as well.

I also have the Petzl Actik, you can buy extra rechargeable batteries for it, use AAA, and you can get a case that turns it into a lamp (which I fit my extra battery into.

Same decision boat as above and not wanting to create another similar thread:

Ive been Petzl fan for years, and always have a Petzl e+lite in my backpack. That thing is amazing as a contingency.
On overnight hikes I carry a generic chinese LED super bright torch powered by an 18650 cell and have a few spare as I’m invested in the 18650 system hence Zartek is appealing, but bulky and heavy.

Im now looking to replace my Petzl Tikka - the very old one from pre 2000 apparently 50 lumens on the short extra mode. I loved the slide across Red filter.
For me the most important things are:

Ive narrowed it down to:

They all seem to be super bright, much brighter than my existing one, and are USB rechargeable and can take batteries (3xAAA or 2xAA or Zartek’s 18650’s)

I think the Zartek is out as its too bulky.
The Petzl Actik 450 is good value for money with the rechargeable compared to the 350 and is simple to use. I am frustrated that the tikka mounting accessories I already have are not compatible.
The LED Lenser seems complicated to operate with one button, but the zoom light feature is the most appealing.
The Black Diamond Ive never considered and didn’t spend much time looking at, seemed like multiple button presses like the LED without the zooming feature.

Any advice from you guys out there? at the moment Im steering down the LED Lenser route…
oh hang whilst googling specs, I see on Cape Union Mart right now they have the MH7 marked down to R699.
huh - I guess that was easy!

I have noticed that all the researchable headlamps are way more expensive than the disposable battery ones.

If you are looking for a cheap rechargeable light check out the ones in decthelon.

Passionate about trekking, FORCLAZ designed this ultra-compact head torch for use in camp or refuge to move around at night and light up the surroundingsWeighing a mere 45g and being very small in size, the 500 USB bivouac head torch easily fits in...

I have the BD Storm 350 and I’m very happy with it. Button presses are simplistic and it has a “brightness tap” bottom, that boosts to maximum output when you touch the side of the headlamp. It’s definitely bright enough for hiking. BD headlamps are definitely worth investing in, especially the storm.

The 350lumen Storm is a tad heavy (batteries in front) and tends to bob while running, which I find extremely irritating. Hence I tend to use my Petzl MYO over the Storm when running or fastpacking. The Storm makes a great hiking/climbing headlamp though, as it offers more features (Red/Blue/Green Light) than the bare basics MYO.

So now to answer your question:

Here is a runtime comparison of the BD Storm 350Lumens and Petzl Actic 300Lumens :

Popped over to the Canal walk C.U.M and they had two left on the shelves, three had been reserved over the phone and whilst I was there one guy had called in for one and a second guy was having one reserved for him when I showed the sales guy that I had the last two. (one for wifey one for me) might as well - we’ve got 5 big hiking trips this year.

Sorry if you were one of the guys looking. not every day great deal comes up.

As a passing note - I only see the USB rechargeable option as desirable given that this fits in with my electronic camping architecture. I don’t think it offers much other value and Ill be carrying spare AAs anyway (these can do double duty as the extra replacements for my Garmin etrex) so it shouldn’t factor into a buying decision in my mind - Before buying I did look at the cheaper options and re-think things through.

To throw things into the headlamp mix, I just spotted Decathlon has an interesting new one. That’s 45 grams, usb rechargable, red light, splash proof and lockable for not a lot of money.

I have a Nitcore NU25 which this seems pretty similar in most regards. I wouldn’t want to go hiking in a storm with it, but for general camp chores and and some hiking after dark its been more than adequate. Not hunting for a headlamp right now but it just struck me as a good deal.

Interesting if not annoying read. Bastards.
Outdoorgearlab’s good and thorough though.

I have the super lightweight Nitecore NU05
You do not even notice it on your head until you are talking to someone and look them in the eye and they put their hands over their eyes and tell you to dim the frigging headlight.

Battery life isn’t the greatest, about 2hrs. And not the brightest out there, but it gets the job done.

I bought mine on Banggood 2 years ago and it was delivered in 2 weeks by the courier Buffalo Logistics. Well worth the cheap price. This the guy I bought from, he sells it standalone or with head strap. 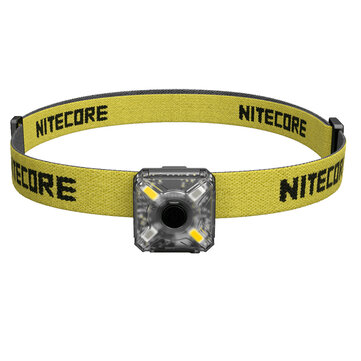 Going to do my own inspection now and see what is really what!
The LED Lenser Mh7 was (is) fantastic, I mostly use it in the dim mode, or double click boost mode whilst I try to find a brighter torch. But I noticed that the boost mode really does chow batteries. And recently whilst being camping with lions I spend about 30 minutes in total on the high mode searching bushes, the Torch lasted 3 days before I figured Id recharge it in case I needed it for the last day.

The mh7 does sound good.

I/we just bought the Petzl Tikka Anniversary Limited Edition, comes with Petzl Core rechargeable battery - R650.
Usual price? Tikka - R600 / Core - R500…kinda makes you wonder. Usually ‘Limited Edition’ means “limited only in how much we think we can charge you” but I feel almost like they’ve given the game away, our friends at Pretzel HQ. 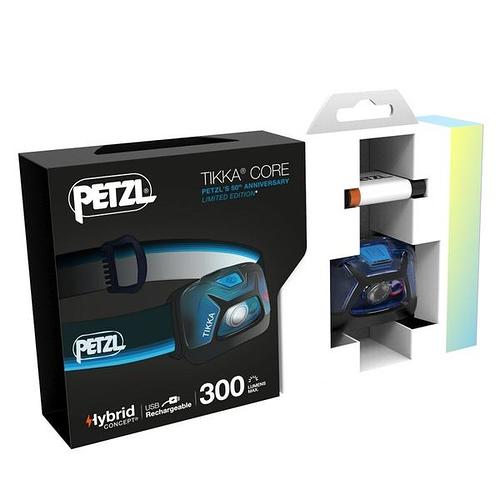 Description Whether you're on the trail and or back at the campsite after dark, the 50th anniversary limited edition Petzl Tikka Core headlamp leads wherever you're headed with max 300 lumens of LED light. Features Limited edition version features a...