I am looking to do the top 10 most prominent peaks in the Western Cape. Will start from next year with Groot Winterhoek, as I have wanted to summit it for a long long time.

Just looking around that website a bit - yet another site that has my photo of Popple with no photo credit provided. They also list Thabana Ntlenyana as the most prominent mountain in SA - which would be true if Lesotho wasn’t an independent country. That peak isn’t even close to the border, its about 6km from the SA border. Otherwise their stats are generally similar to mine.

They have 22 peaks with 1+km prominence in SA. They have Marakele (listed as Kransberg on their list) as 984m - I have it as 1067m. Also, despite having Table Mountain as 1067m prominence on their WC list, it isn’t on their SA list.

ok great, thanks for the reply.

This prominence method of establishing a high or prominent mountain does not make much sense to me. It just does not give the real picture of a prominent mountain. You need to measure a mountain from it’s foot to the summit to get the real prominence and height. I developed a different system a number of years ago and measured all our mountains on that scale (published in The MCSA’s Journal). The ones that came out tops, are Groot Winterhoek, Champagne Castle, Seweweekspoort Peak, Cathkin Peak, Klein Winterhoek Peak, Du Toit’s Peak and Towerkop.

Please provide more information on your system, I’m interested in the criteria you used.

I am familiar with the 25km radius method - where the summit is compared to the lowest point within a 25km radius - which is where Nanga Parbat in Pakistan takes the top spot at 6.8km (something I really want to see with my own eyes) - but what I don’t like about that method is that there may be higher summits within that radius. Excluding all but the highest within that range could eliminate some big mountains.

According to my own analysis of the data on prominence (based off satellite surveys, using a programmed formula to compare every possible set of the 1526 peaks on the list), there are only 8 sets of ultras within 10km of each other - three of those sets are K2 and Broad Peak, Gasherbrum 1 and Gasherbrum 2, Broad Peak and Gasherbrum 2 (4 of the 8000ers are within a 26km of each other). 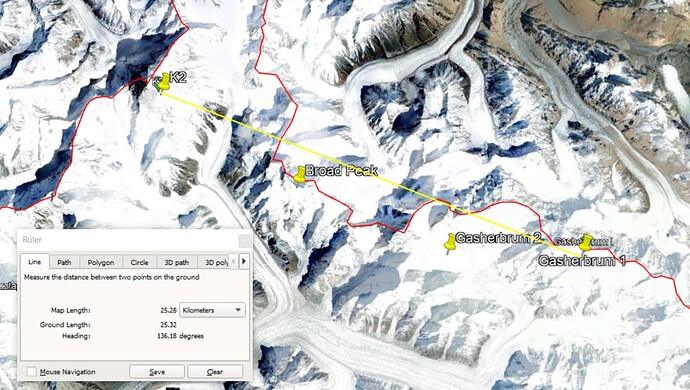 When I first encountered topographic prominence, I had similar reservations. The more I considered the system, the more brilliant I have realised it is, though. It is an objective scientific way to classify mountains. There is no opinion or bias in the system.

The problem with an angle based prominence system is that it will always be biased. Where is the bottom, which angle should be used? E.g. El Capitan at Yosemite looks really impressive from El Cap Meadow, but its actually just a cliff, it doesn’t even have a distinct summit. Is the base of Mafadi around the escarpment edge, the end of the basalt range, is it Injisuthi Camp, is it the sea?

For context - the best day I’ve ever had in the mountains was the day I climbed Cathkin Peak. By the 7% prominence definition, Cathkin Peak is a subsidiary summit of Monks Cowl and not a mountain in its own right. I have summited 172 summits in SA above 3000m (all the known non-climbing ones, and some of the climbing ones), but only 16 of the ones I’ve climbed qualify as mountain summits. So I have every incentive to argue against prominence - but based on the way I say it, it is what it is and I can’t change reality to fit what I’ve done. Nor do I regret hunting down every random bump I could find on the Drakensberg escarpment (although curiously only on the SA side of the imaginary line some politicians once drew).

What I’m saying: a scientific means to classify mountains is a great way of coming to defensible conclusions that can be consistently applied across the planet.

What I’m not saying: the above does not mean that something that doesn’t qualify as a “mountain” is not worth climbing, is not worth looking at etc. E.g. Cathkin is really beautiful to look at and has amazing views, its status as a subsidiary summit of Monks Cowl doesn’t take anything away from that.

The value of mountains is not in their statistical relevance, but in how they make you feel.

So why did I decide to try to climb all 24 mountains in SA with at least 1km prominence? Simple: it was a way of identifying SA’s major mountain regions and ensuring I visit all of them. A lot of them are poorly documented and I have had to actually go and figure the route out in person, which has been really fun so far. 12 done, 12 to go!

I have an article to send to Jonathan Newman. Can I get an email address to send it to?
Thanks, Derek