Yesterday I posted some pics of me-n-my Landy doing the Ben 10 eco mountain passes in the Eastern Cape, and it came to me that this would be, an utterly awsome hike that can be done.

A BIT ABOUT THE CHALLANGE
It is an official challange to traverse 10 of the major passes in the Eastern Cape, in seven or less days.
It is run by mountain passes of South Africa, you register with them, pay a small fee (around R300) and then you do the passes, and you need to take photo’s of yourself at the summit boards, with the date & time on the picture.

WHERE TO FIND OUT MORE
So as not to make this one hell of a lengthy post, and because there is waaaay more information on Herr Doctor Google about the challange, < search Ben 10 eco challange / www.mountain passes of South Africa> but this much I will say:-

MY OPINION
I have been bumbling around this country for the better part of 45 years on foot / bike / cars / bakkies & Landrover’s and in my humble opinion, there is nowhere more spectacular that the mountains in the Eastern Cape.

Couple that with the many places of interest, the small quaint & spectacularly beautiful town’s like Lady-Grey and many other’s it makes for a facinating and very beautiful adventure.

As stated, I did the challange in My 24 year old Landrover that goes by the name of Thewherethefuckarewecar …<Don’t ask>

Why? Well he’s a mere stripling of lad, a mere 19 years old, and I’m 3 * + that, and got rickity creaky old bones… he can do the labour, I’ll stick to the sightseeing, thank you!

I cannot adequately reccomend this as a possable hiking adventure of a lifetime destination.

Now I’ve always said, No matter how technically perfect a phot is, There is no photo that can ever adequately describe how spectacular a place is… A picture remains flat & 2 dimensional… The third dimension, the emotion of the sight or place is just not there…

For that… You just have to jolly-well go there yourself.

Notwithstanding, here are a few pics I took, I’m just a mik-n-druk photographer to give a rather bland and totally inadequate sense of the beauty.

SOME PICTURES TO TITTERVATE YOU

Lady-Grey dam & Picnic spot… A brooding and somehow uncomfortable place… I planned on bacon & eggs, But packed up and left for more cheerful places 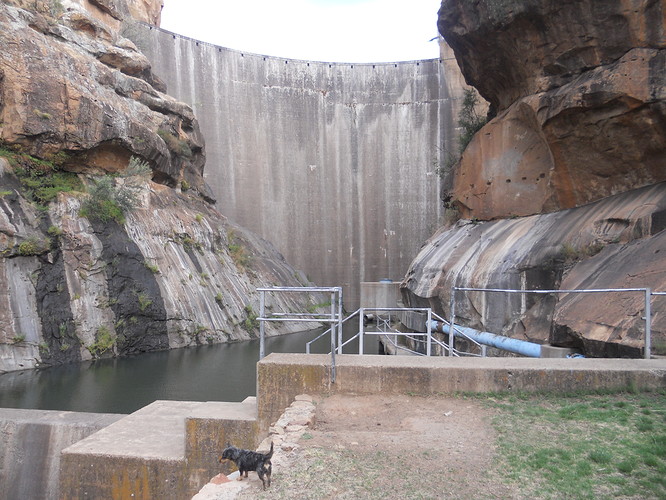 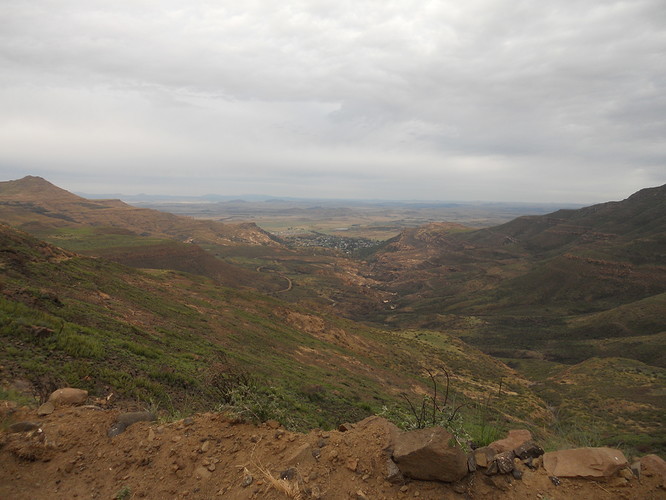 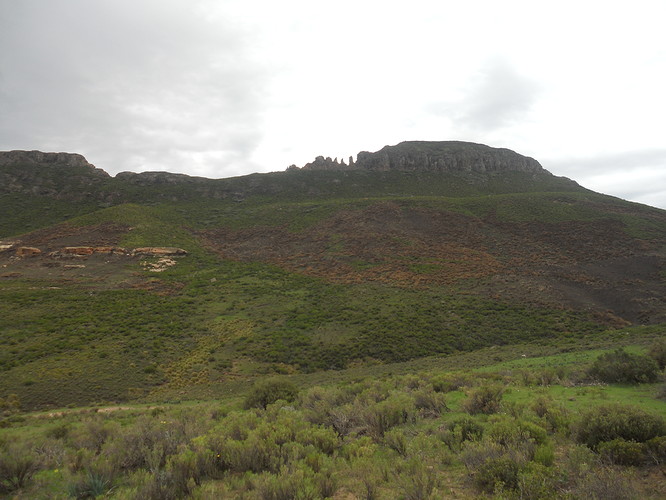 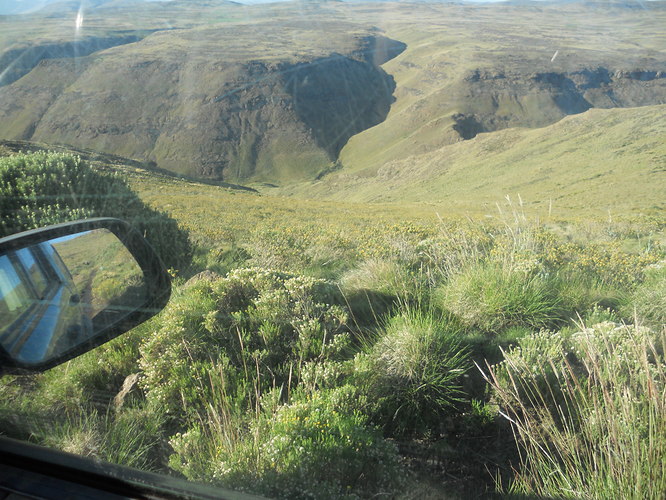 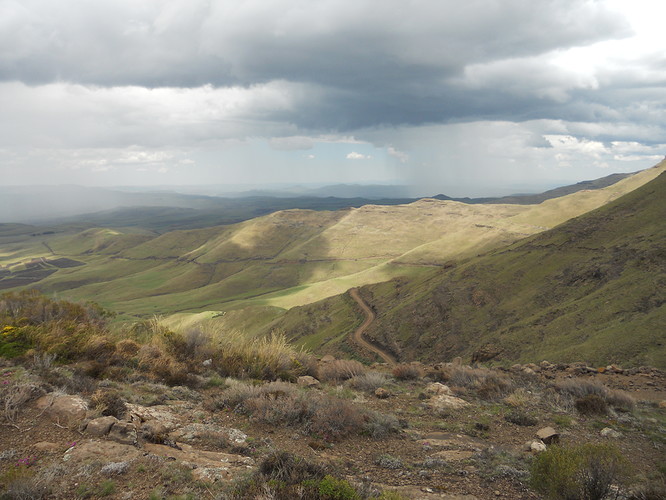 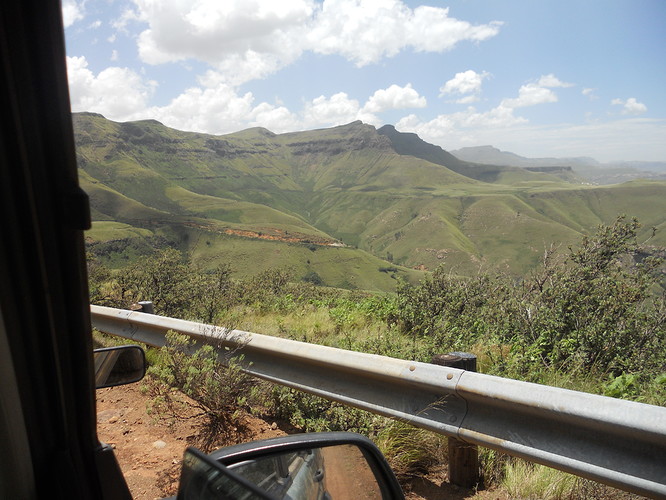 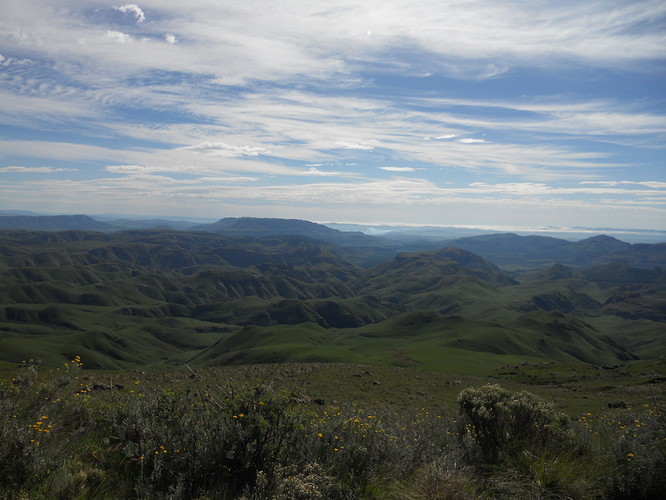 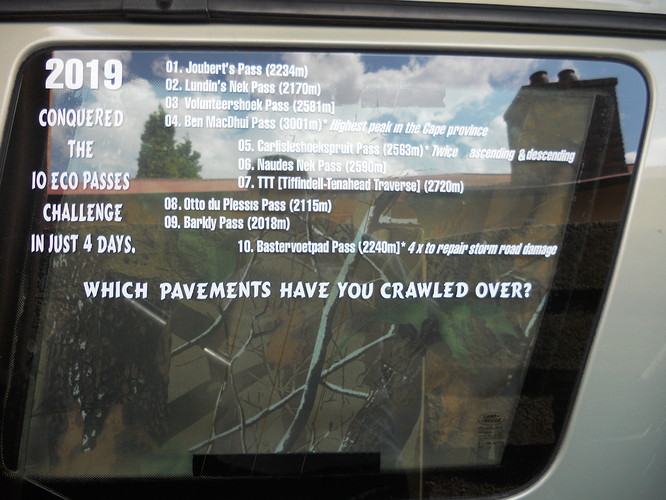 I just got a Mail from Mountain passes of South Africa…

We do accept entries from hikers, but no-one has taken up the challenge yet. Our rules permit hikers to travel by car to get to the passes themselves.

This then becomes an opportunity…

WHO’s GOING TO BE THE VERY FIRST???

And get registered as the first ???