Ultralite backpacks from the US

The Arc Haul is the perfect ultralight backpack for when you want to go light without compromising on space. 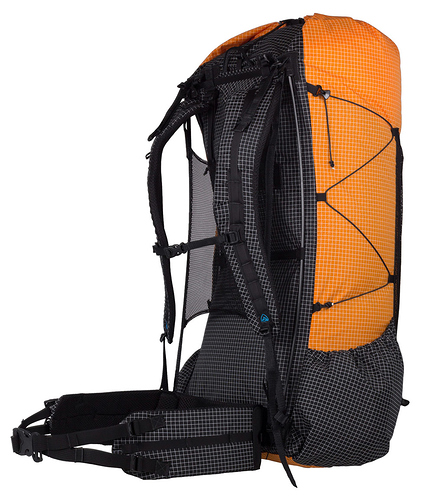 Check out this option. Been reading a lot of reviews on ultralight options. Zpacks seems a legit contender for top choice.

It’s pricey but compared to a massive osprey bag it makes so much sense to drop the weight and pay a little more.

It weighs 630g. Made from waterproof material…

What do you think?

That is SUPER light! Checked out some reviews and sounds legit.

Always remember if your backpack is untralight the rest of your has to be aswell. Don’t think a pack of that weight will be comfortable with a load of 12kgs or more🤨

Rest of your kit

@Ghaznavid This looks like something you would benefit from, or is it too big for your fast & light needs?

They have smaller options on their site that cater for ultra lite minded hikers.

Check out the Arc Blast for instance.

If you look at the reviews on YouTube most of them say 12kgs is comfortable with the design of the carbon fibre Arc frame which is adjustable.

So anything more would be a push probably @brucelee

I have a Mountain Hardwear 30 litre pack that weighs 720g and is waterproof. It is great for a light pack, but has horrible water bottle compartments - which kills it.

I think the Osprey Talon pack (with an added splash cover) is about the best balance you’ll find. It is very comfortable, and has pockets on the hip. With a splash cover, it weighs about 1kg, and is 33 litres. I have done 3 of my Drakensberg Grand Traverses with that pack.

My Hi-Tec Cedar 45 litre pack (which has done 2 DGT’s, although it was being used by my team mate) - and it is also a great light weight pack for a very reasonable price. The Osprey pack is better, but it does cost almost four times as much. The pack above is more expensive than both.

Ah okay, so definitely a couple of more affordable options out there

I suppose it depends on what your willing to spend for weight vs price. It’s volume is 64ltrs but if you are looking for a smaller pack than yeah,agreed! Thanks guys

If anyone has any alternatives please let me know

That’s awesome Snailtrail I wouldn’t read to much into that I’ve been using a osprey kestrel 48 the pass 18 months, really awesome pack completed the giants cup with it in Jan, on ospreys website it says that it could handle up 18kgs but once over 10 kgs it’s not very comfortable

It depends on how comfortable it is - I own 8 packs. My smallest is 20l and designed for little kids - but works amazingly well, my biggest is 80l and mostly used for overnight rock climbing trips.

The cost of saving weight is interesting - you can buy a water-resistant down sleeping bag rated comfort -7c and weighing only about 800g, for about R7 500 (provided you have a way to get it to SA). My current -7c bag (which is synthetic) weighs 1.5kg, but is far better than most of what is produced locally. Is R7 500 worth spending to save 700g? Depends on the person. Maybe that weight difference will allow me to get a record I will otherwise miss, maybe it won’t.

Ps. I did not buy that sleeping bag - can’t bring myself to spend that much on an item of gear!

I have this Pack, it is really awesome!
It is really comfortable, easy to use and damn right light!
I chose the Arc-Haul over the Arc-Blast because the material is more robust. Ease of mind when hiking in forest or low trees.
It is on the big side, can easily fit 5 days worth of food with sleeping bag, tent and mattress. My average pack weight (without food or water) is about 6kg (For interest: https://lighterpack.com/r/5hkrpz) I have had it up to 12kg with food and water still very comfortable. As i said it might be too big for my needs, but i’d rather have the option of more space.
I have done some 600km with it, (trails in Europe and SA) next one will be on the Fanie Botha Trail in May. And it has lasted really well! It is a good quality product that i can only recommend. But the price is really steep.

Agreed on the price. It’s not a trusted brand on SA yet but the reviews have been really good on YouTube.

Thanks for all the feedback and suggestions. All have been a great help. 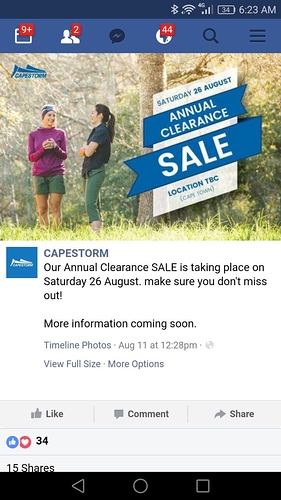 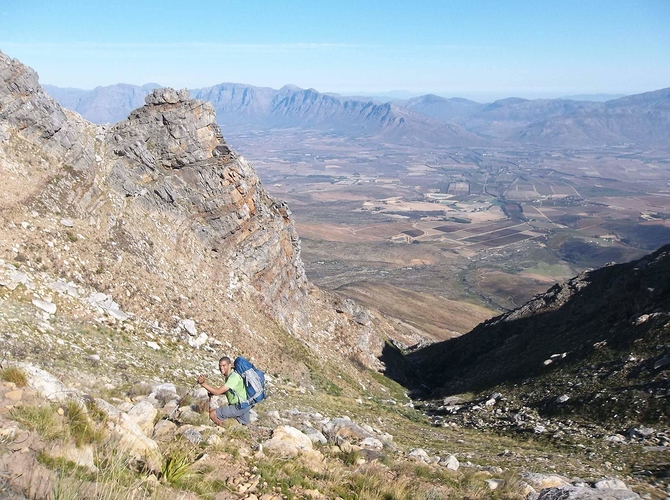 Guys and Ladies, I see the same thing in mountainbiking. It is probably prevalent in every activity that involves equipment.
It would seem that there is a “reasonable zone” of saving weight moderately and then there is the “silly zone” where lots of weight can be saved at the proverbial plaas se prys.

To each his or her own, granted. If you have the money to burn, go big but is the juice worth the squeeze in terms of real life benefits?

Speaking as a TOTAL newbie in hiking, would I really notice the difference between a 1kg backpack over a 2kg backpack with all the other variables that could come into play?

As for buying overseas I personally feel that great bargains can be had in terms of specific stuff that some local retailers don’t (or sometimes simply won’t) carry.

Yes, I also fly the local is lekker flag so I can be a bit of a walking contradiction but let me give you a practical example.

When I bought my last tent it arrived without some zips. This was a total non-event since Cape Union sorted it out for me in a flash without question or issue.

If you want to save weight quickly and easily, going on a diet works best for me

If you want to save weight quickly and easily, going on a diet works best for me

Speaking as a TOTAL newbie in hiking, would I really notice the difference between a 1kg backpack over a 2kg backpack with all the other variables that could come into play?

RiaanG is quite right in his comment about going on diet - your weight matters just as much as your pack weight.

Obviously it depends on what you are doing - a 3kg pack vs a 5kg pack on a 5km flat walk probably won’t be noticeable. But over a big day with lots of vertical, a small difference in weight is huge. A 3kg pack makes a Drakensberg pass seem considerably less daunting. Overnight hikes with less than 8kg are also awesome.

Some gear weight saving isn’t wise - such as using an inadequate sleeping bag, but this just boils down to experience. Rather learn what you are doing first before trying to drop pack weight. I have been doing this properly for 4 years now (and in part for 6 years) and have basically reached the point of not being able to lighten my pack any further - well, not without compromising on safety.

This has been a great and interesting read, and has left me wanting to change my backpack. No decent reason other than my pack is oldish. It’s a 70 L and after reading the above i’m keen to get a smaller pack. I’m doing the Fish in a month or so and not sure what’s a reasonable size for a multi day hike. My mates identical 70 L pack was stolen out his van with all his kit a couple of weeks ago. He’s now squashing his stuff into an old 50 L and managing, I don’t think it’s an efficient 50 L pack, if you get an efficient pack, maybe it’s just too small. I carry an icebeaker sleeping bag, not a small bag. After reading this thread, this Kestrel 48 has caught my attention, it looks great in the photo above. I’m dead keen to buy one. Any comment on whether it is likely to be OK for the Fish? I’m 92kg and 6ft tall, whether that’s relevant or not. Regards

I definitely can’t get away with less than a 70L pack for a 5-day hike, unless I’m skipping on all the luxuries and eating only 2-minute noodles or Couscous. Also, your weight and height does make a difference - you need more fuel.

That being said, a 48L Kestrel might be too big a pack for @Ghaznavid’s liking